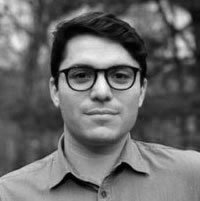 Give US the Ballot? Prejudice, Competition & Support for Voting Access in the US

Do American citizens believe their government should provide frictionless means of voting to those eligible and prepared to vote? What do voters believe constitutes a reasonable or unreasonable impediment to voting — and do these democratic preferences change depending onthe identities of potential voters or the competitiveness of the race? We interrogate these questions in a host of survey experiments focused on people’s beliefs about voting access and reform. Our findings draw from and advance a number of literatures. First, we separate issues of ease (e.g. how long one waits to cast their ballot) from those of eligibility or registration (e.g. voter ID laws) to more closely proxy citizens’ beliefs about the physical act of voting, an area that has received less attention than other voting restrictions (Pettigrew, 2020). Second, we design and administer an information treatment about voting wait times — consisting of photos from polling locations across the US — to see if becoming aware of the protracted wait times some voters face (quite a different experience from that of the modal voter) has an effect on beliefs about increasing the ease of voting (i.e. reform). In the third and fourth experiments, we interrogate whether and how the identity of inconvenienced voters affects respondents’ propensity to support reform: in the former, we randomly assign real photos of queues at polling locations across the US that prominently feature either Black or white voters; in the latter, we focus on wait times in precincts that are predominately in- or out-party, and see if voters’ preferences for ease change when those inconvenienced are co-partisans versus partisan rivals. Finally, we show participants similar photographs from other democracies to see if long wait times are more or less tolerated in one’s own country, with an eye toward how partisan competition colors beliefs about fairness.