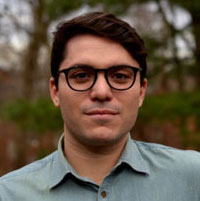 Discrimination and Tolerance for Transgression in Candidate Evaluation

Research shows that group-based stereotyping and prejudice is far less prevalent now than a half-century ago. And yet, current events suggest a resurgence of overt prejudice, with some research attributing the rise in white nationalist political content to demand, rather than supply-based, factors (Munger & Phillips, 2019). Research in social psychology and behavioral economics suggests that some of the reduction in prejudice and discriminatory behavior is the result of stronger social norms against these behaviors, rather than a complete change in individual preferences. In this view, latent discrimination can result in real discrimination when the strength of the norm against it is reduced. Or in other words, individuals motivated to discriminate will do so when they can avoid the negative stigma by attributing their behavior to other factors. To test this hypothesis, I design an experiment to measure whether there is a difference between covert and overt prejudice in candidate evaluations.