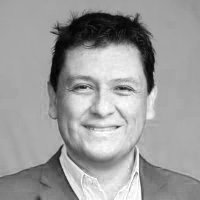 Political participation among Latinx in the USA

I am exploring the psychological underpinnings of civic engagement and political participation among the Latino population in the USA.

Research (Putnam, 1993, 2000) shows that individuals can lose trust and faith in their fellow citizens and institutions, choose to withdraw from vital interdependent social networks, and embrace a ‘go it alone’ approach to citizenship.

Despite the clear links between personality traits and political participation (e.g., Cawvey, Hayes, Ganache, & Monday, 2017; Mondak, 2010), to my knowledge, no work has explored the direct and indirect psychological effects on the formation of social trust among Latinos in the U.S. My research project is a necessary innovation to reduce that gap.

More broadly, this project is a novel first step in a long-term plan of elucidating the social psychological consequences of political participation.