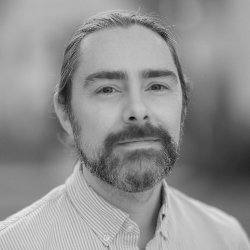 (with Ross L. Matsueda & Lindsey R. Beach)
Neighborhood disorder is highly correlated with crime rates, which has led to a significant controversy in the social sciences over the proper interpretation of the correlation. Does social and physical disorder increase the likelihood of norm violations and crime, as broken windows theory suggests? Or does this reflect a spurious relationship, which disappears when controlling for neighborhood informal social control, as collective efficacy theory suggests? The answer to this question has important theoretical and policy implications. This project uses an experimental approach to examine the effects of disorder and informal social control on prosocial and antisocial behavior. We build on experimental work in social psychology, specifically the work of Keizer, Lindenberg, and Steg (2008), which found strong support for the broken windows thesis. We first replicated the results of Milgram’s (1965) classic lost letter experiment in 121 Seattle neighborhoods and used this as an updated measure of collective efficacy and prosocial behavior. We then conducted experiments in 20 Seattle neighborhoods varying by collective efficacy, disadvantage, and crime. In each experiment, we examined the treatment effect of litter and graffiti on norm violation and prosocial behavior. Our mailbox experiment failed to replicate Keizer et al.: Disorder—litter and graffiti—had no effect on theft, but a negative effect on prosocial behavior. Collective efficacy was associated with fewer norm violations but not with prosocial behavior. Finally, a littering experiment found that disorder exhibited no effect on sanctioning a confederate who litters. Sanctions, however, varied by the race and gender of the confederate.