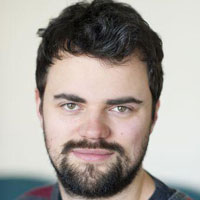 When Good Advice is Ignored: The Role of Envy and Stubbornness

In a novel incentivized, online experiment involving 1,500 participants we find that good advice is frequently ignored. In our experiment, the rational actions were to ignore advice when it was “bad” and accept it when was “good”. However, participants chose to ignore good advice about a quarter of the time and appeared to trade-off rationality against behavioral factors. Through the implementation of novel treatments, we find that the fundamental human trait of envy played a major and varied explanatory role in determining the propensity of individuals to accept good advice. Our between-subject treatment shows that good advice was followed less often when the adviser was highly remunerated, while our within-subject treatment reveals that good advice was followed less often when the adviser was more skillful than advisees, rather than luckier. When the adviser was superior in skill, envy played a “positive” role: those with a higher dispositional level of envy were on average more likely to take good advice. However, when remuneration was high, a “negative” side of envy emerged: the positive association between envy and the propensity to take good advice was lost. Our conceptualization of advice suggests we need control for participants’ susceptibility to the sunk cost fallacy. To do so, we constructed a new scale to measure susceptibility to the fallacy which, among our participants, we found to be robustly negatively associated with the propensity to take good advice.