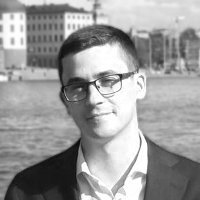 Affecting State Legitimacy from Abroad. The Effects of Visa Policies on Citizens’ Willingness to Obey the State

Previous scholarship on state legitimacy, understood as the willingness of citizens to obey state authorities, suggests that the citizens’ perception of legitimate rule is most strongly influenced by high quality of government and procedural justice (Levi et al. 2009a; Rothstein 2009). Yet, based on the previous empirical work by Gilley (2006b), it seems that many citizens are willing to obey state authorities in spite of very poor quality of government service (QoG). Therefore, in this research project I am investigating why some citizens express high levels of state legitimacy in spite of lower levels of QoG. Based on the previous work on System Justification Theory (Jost and Andrews, 2011), I argue that citizens are more likely to legitimize a state with poor QoG if they perceive that they cannot escape it through emigration. If regular migration is mainly determined by visa regimes a country holds with potential host countries, I expect that varying visa regimes affect the level of escapability differently.In order to test this argument, I conducted a pilot survey experiment on a sample of Serbian undergraduate students (N=80). The results provide no support for the hypothesized mechanism. Yet, as a theoretical extension of the initial argument, it can be argued that system justification “gets activated” only in instances where the perceived responsibility of the new visa policies is on the country of origin. The preliminary results from this pilot study shows some support for this claim.