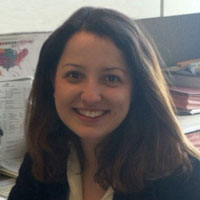 The literature has long rejected the using variation in context to explain attitudinal differences. In the simplest terms, the literature has judged that individuals self-select into their residential environments, and so it becomes difficult, if not impossible, for a researcher to measure the effects (if any) of context on attitudes. Ryan Enos (2016, 2017) has recently pushed back against this consensus through his work in both Israel and the United States. He has quantified changes in prejudicial attitudes by experimentally changing the perceived context of his respondents. I hope to build on Enos’ work in the Lebanese setting. Using an experiment, I hope to demonstrate how changing individuals’ perceptions about their residential context impacts their levels of prejudice. The design of my research will exploit contexts in Lebanon where zones (villages or towns) dominated by one sectarian group are embedded within clusters of zones where another sectarian group constitutes the majority. Respondents in the zones will be shown graphs of the sectarian population distribution on either their local zone level (where they constitute a majority of residents) or the wider cluster level (where they are a minority). The outcome of interest in my study is the difference in prejudice among respondents who perceive themselves to be in the majority versus the minority.