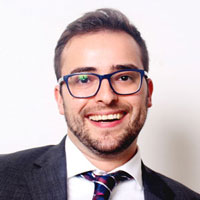 It’s Not A Lie If You Believe It: On Norms, Self-Serving Belief Distortion, and Lying

(with Cristina Bicchieri and Silvia Sonderegger)
This paper focuses on belief manipulation in the context of lying decisions. We employ a two-stage variant of a cheating paradigm, in which subjects’ beliefs are elicited in stage 1 before performing the dice task in stage 2. In stage 1, a) we elicit the subjects’ beliefs about majoritarian (i) behavior or (ii) normative beliefs in a previous session, and b) we vary whether participants are (i) aware or (ii) unaware of the upcoming opportunity to lie. We show that belief manipulation happens when: subjects are aware of the upcoming opportunity to lie, they convince themselves that lying behavior is widespread. In contrast with beliefs about behavior, we find that beliefs about the normative convictions of others are not distorted, since believing that the majority disapproves of lying does not inhibit own lying. We show that these findings are consistent with a model where agents are motivated by norm-following (but not image) concerns, and where honest behavior is a strong indicator of disapproval of lying, but disapproval of lying is not a strong indicator of honest behavior. We provide follow-up evidence that lends support to this hypothesis.