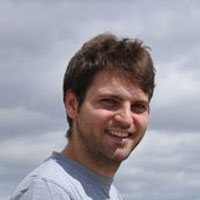 The Parliamentary Candidate as Persuader: Evidence from Randomized Candidate-Voter Interactions

Despite a renewed focus on electoral persuasion and principal-agent problems in ground campaigns, the role of parliamentary candidates in persuading voters has received little attention. While recent research shows that campaign volunteers can be ineffective at persuading voters, candidates should be better persuaders because persuasion is a key quality required to be selected as a candidate. Nevertheless, robust empirical evidence on candidates’ ability to influence opinion formation is rare. We know little about the duration of persuasion effects, and existing experiments involving candidates are restricted to low salience contexts. Drawing on two randomized ﬁeld experiments, a telephone survey, and an extensive panel dataset of individual voting intentions collected by the UK Labour Party, I show that introduction letters and personal meetings with a parliamentary candidate affect voting intentions, while similar meetings with a party volunteer do not. Persuasion effects are non-negligible, last for up to six months, but decay over time. Leveraging the data collection routines of an election campaign, this study provides new insights into the short- and long-term effects of candidate-voter interactions in high salience elections.