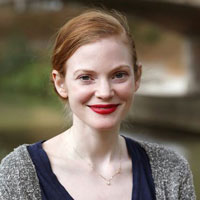 Justice for Sale: Political Exigency and the Rule of Law

How does the rule of law develop in a country? Effective legal institutions have been hypothesized to emerge from states’ long-term interests in growing tax revenue. Where political regimes are instead concerned with short-term survival, the rule of law will remain inadequate. But because of the historical nature of this process, convincing causal evidence is scarce. I refine existing intuitions about the origins of the rule of law by arguing that, be- cause a strong legal system can directly generate revenue and political support, politically weak regimes may have incentives to invest in legal capacity and property rights protections. Using original historical data from the dawn of the common law system in 12th century England, and leveraging the kidnapping of King Richard I in 1192 as an unusual natural experiment, I present direct causal evidence that political and fiscal exigency can motivate state investment in the provision of property rights protections, and show that in the case of the English state, these investments translated into long-term growth in legal capacity and access to justice.