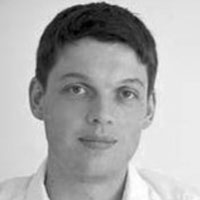 The tyranny of the majority is one of the most frequently discussed problems of democracy in political theory. It arises when winning majorities are fixed and permanent, and there are no checks on the majority’s ability to dominate the minority. In this project, we investigate the effects of communication on the occurrence of majority domination. Theoretically, communication cuts both ways. On the one hand, forming and maintaining a coalition requires coordination between individuals, which is barely accomplishable without opportunities to communicate. On the other hand, communication strengthens pro-social orientations in groups and should thus prevent the permanent exclusion of minorities. We argue that the pro-social effects of communication dominate when communication is public whereas exclusive majorities form under private communication. We test our claim in a series of laboratory experiments where five-member committees make distributional decisions using the voting mechanism ‘voting by veto’. Communication is our treatment variable. Compared to a baseline treatment without communication, groups distribute benefits more equally when they have the opportunity to communicate in a public chat. When communication is private, however, we see the formation of majority coalitions that exclude a minority of group members from the distribution of benefits.