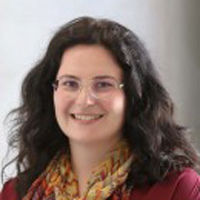 Understanding the social world requires making accurate inferences about the contents of other people’s minds, being able to represent in one’s own mind the thoughts, beliefs, and intentions of another. With a long history of investigation in Philosophy, our ability to represent other minds has been the subject of considerable scientific effort in Psychology and Cognitive Neuroscience for 40 years (where it is known as ‘theory of mind’). At present, this large body of work has produced little explanation of the psychological processes underpinning theory of mind, and what makes some individuals better at it than others. Much progress has been made in describing the ability of, for example, non-human primates, human infants, and those with clinical conditions to represent mental states, but in terms of explaining variation in this ability, almost no progress has been made beyond attributing it to domain-general abilities. While verbal skills, memory, or inhibitory control contribute to performance on theory of mind tasks that demand such processes, they cannot explain variance unique to mental state inference. Without a way to conceptualise individual differences it has proved difficult to account for why some people struggle to infer others’ mental states, or, if they do so, fail to make the correct inference. We have developed a theoretical framework for studying such variation. The ‘Mind-space’ theory suggests that minds are represented as vectors in a multidimensional space where dimensions reflect any characteristic of minds that allows them to be individuated. As mental states are a product of the minds which give rise to them, accurate inference of the contents of another’s mental states is likely aided by representing multiple features of minds and variability between minds in Mind-space. In this talk I will outline the Mind-space framework, present empirical evidence for its predictions, and describe my future work which proposes to apply the Mind-space theory to the study of variation in mind and mental state representation across different populations.