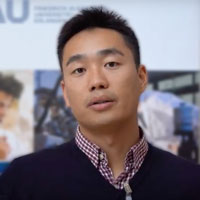 Too Risky to Hedge: an Experiment on Narrow Framing

When making a series of decisions at the same time, individuals tend to consider each decision separately rather than all of them jointly. This tendency, also known as narrow framing in behavioral economics, has been used to explain various financial behaviors such as under-diversification puzzle. When considering how much insurance to buy, individuals face two interdependent decisions: hedging the existent risk and taking a new risk which is measured by the difference between insurance premium and indemnity in case of losses. Aversion to risk and failure to integrate two decisions altogether imply a low insurance demand, in comparison with a fully rational decision maker. Though this explanation is intuitively appealing, empirical evidence of the impact of narrow framing on hedging is lacking. In this paper, we conduct a laboratory experiment to fill this gap. Our experiment allows us to distinguish narrow framing from many other well-known decision theories under uncertainty. Participants in our experiment face two types of tasks: investment task and insurance task, in both risky and ambiguous decision situations. In insurance task the existent risks can be either about gains or losses. As results, we find that prospect theory can explain well our data, but only when it’s combined with narrow framing. About 20% of participants across decision situations can be classified as completely narrow framers. Estimating a structural model, we find a degree of narrow framing about 50% on an aggregate level.