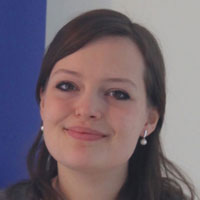 The closing of the radical right gender gap? The effect of gendered immigration frames on vote choice

Over the last years, the rise of populist radical right parties (PRRPs) has attracted considerable political and scholarly attention. Until recently, one of the most consistent empirical findings about PRRPs was the “radical right gender gap” – men tended to vote for populist radical right parties in greater numbers than women. However, since the Front National’s successes in 2012, political science research from France suggests a closing of the radical right gender gap. Have women started supporting populist radical right parties in greater numbers? And if so, why? It has been well documented that female voters are no less authoritarian and anti-immigrant than men. However, authoritarian and anti-immigrant beliefs were not as important in structuring women’s vote choice in the past. I argue that PRRPs have recently started to activate women’s anti-immigrant attitudes by targeting their immigration messages towards a female electorate. Using an online survey experiment, I test if exposure to gendered immigration frames affects women’s anti-immigration attitudes and voting behaviour. This research project thus aims to improve our understanding of PRRPs in terms of their issue evolution and electoral support base. It also seeks to contribute to the wider literature on framing and public opinion by exploring how exposure to group-based immigration frames is linked to issue salience and voting behaviour.