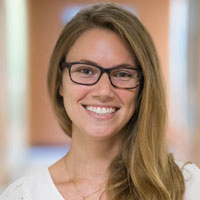 Informality, Evictions, and Compliance: The State of the Social Contract in Lagos Nigeria

(joint work with Nicole Wilson (MIT))
Stark inequalities in the state’s treatment of its citizens can signal to some residents that the state is not upholding its end of the social contract. In urban “informal settlements” — where the lack of public services is particularly acute — the state may even threaten to destroy citizens’ homes and neighborhoods. How does variation in exposure to government-led evictions correspond to variation in citizens’ political attitudes and modes of engagement? This paper examines political life in informal settlements in Nigeria’s largest city, Lagos. Using survey data from 42 communities, we explore how respondents’ willingness to engage, cooperate with, and make claims on the state is influenced by their degree of housing insecurity and their expectations of state predation. Using data from the Afrobarometer, we also compare “informal” citizens’ attitudes and behaviors to their more formal urban counterparts. In a context where political science theories predict that distrust, noncompliance, and contentious politics should abound, we find that citizens are surprisingly trusting of their elected representatives, pay taxes, and are willing to cooperate with state-led development efforts. Complementing the quantitative data with qualitative interviews, we suggest that aspects of “informal” city life create strategic incentives for residents to act as “good citizens”, upholding their end of the social contract, despite the lack of reciprocity from the state.