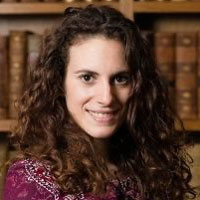 Mobile devices have worked their way into the daily life of adolescents and adults alike. Mobile applications, and in particular social media applications, are increasingly popular, especially among the population of young adults: in the UK on average, 16-24-year-olds spent 2h26 per day using social media in 2016. Recent evidence from both the economics and psychology literature points to an association between mobile phone usage (and time spent online) and lower subjective wellbeing and sleep quality. However, causal evidence on the relationship between mobile phones and health / wellbeing is scant. This project aims at making the following contributions. First, I seek to document people’s awareness of the time they spend on their mobile phones and the potentially negative consequences this has in terms of health and wellbeing. Second, by combining multiple incentive strategies to reduce mobile phone consumption in the context of a randomised controlled trial, I aim to shed light on whether low-cost interventions can shift patterns of mobile phone usage and whether such shifts could in turn affect individual mental health and wellbeing.