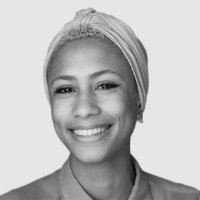 Affective polarisation — intense hostility and distrust across party lines — is a defining feature of contemporary US politics (Iyengar & Krupenkin, 2018). There is growing evidence to support that internet and social media play a role in exacerbating this phenomenon at the individual level (Settle, 2018; Suhay, Bello-Pardo, & Maurer, 2018). Research shows, for example, that being exposed to online comments that explicitly criticise or derogate political opponents drives affective polarisation among party identifiers (Suhay, Bello-Pardo & Maurer, 2018; Gervais, 2015). However the literature has yet to specify whether exposure to in-group praise or forms of collective narcissism online has the same effect on partisan evaluations, and which of these two mechanisms (“in-group love” or “out-group hate”) is the stronger driver of users’ affective responses. The goal of this experiment is to answer these questions.