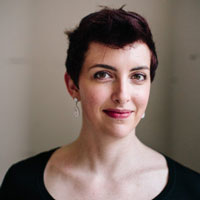 Data shows that CEOs and presidents tend to be taller than the population average, but such correlations are prone to many confounding explanations. Does taste-based discrimination explain this finding? In two studies using a new type of conjoint survey experiment, I manipulate perceptions of candidates’ heights in a mock debate, and vary the race and gender of both candidates. Though voters do favor taller candidates on average, this preference is not uniform across candidate race or gender. Female candidates benefit more than men from being taller than their opponents, but dark-skinned candidates benefit little or not at all. Respondents also exhibit heterogeneous preferences: men favor tall candidates more than women do, while Republicans strongly favor tall White candidates and men taller than women, and punish tall women and candidates of color, particularly Blacks. While these findings raise new concerns about women and ethnic minorities’ underrepresentation in office, the methodology also suggests a new avenue by which scholars might examine socially undesirable attitudes like sexism and racism.