Scott A. Tyson – University of Rochester 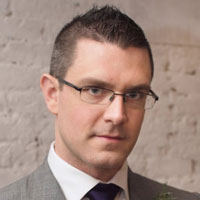 Sowing the Seeds: A Theory of Indoctrination and Counterinsurgency

Insurgent groups are a persistent feature of the developing world, but what explains the political prominence of these organizations? Existing explanations tend to focus on the quality of governance, arguing that insurgent groups survive because governments are incapable of defeating them, however, this can occur through several distinct channels. In this paper, we propose an alternative, tactical, explanation that emphasizes the importance of the recruitment efforts of insurgent leaders and its link to the aggressiveness of counterinsurgency efforts. In particular, our explanation focuses on the unique role of ideological indoctrination, and the upstream strategic incentives that indoctrination creates. We develop a model that studies the interaction between an established insurgent leadership, the counterinsurgency wing of the government, and the civilian population. Because indoctrinated citizens will oppose the government without the coordinating efforts of insurgent leaders, counterinsurgency efforts targeting organizational aspects of the insurgency become less valuable as more citizens become indoctrinated. We also examine how changes in economic conditions affect how much effort insurgent leaders are willing to invest in indoctrinating citizens.