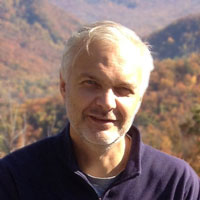 Collective Action and the Internalization of Social Norms

Human behavior is strongly affected by culturally transmitted norms and values. Certain norms are internalized, that is, acting according to a norm becomes an end in itself rather than merely a tool in achieving certain goals or avoiding social sanctions. Humans’ capacity to internalize and follow norms likely evolved in our ancestors to simplify solving certain challenges — including social ones. I theoretically study the evolutionary origins of the capacity to internalize norms. In my models, individuals can choose to participate in collective actions as well as punish free-riders. In making their decisions, individuals attempt to maximize a utility function in which normative values are initially irrelevant but play an increasingly important role if the ability to internalize norms emerges. I show that norm internalization evolves under a wide range of conditions simplifying cooperation to a level when it becomes “instinctive”. Norm internalization evolves much easier and has much larger effects on behavior if groups promote peer punishment of free-riders. Promoting only participation in collective actions is not effective. Models also predict significant genetic variation in the ability to internalize norms. Typically, intermediate levels of norm internalization are most frequent but there are also cases in which relatively small frequencies of “oversocialized” individuals willing to make extreme sacrifices for their groups no matter matter material costs, as well as “undersocialized” individuals completely immune to social norms. Evolving the ability to internalize norms was a crucial step on the path to large-scale human cooperation.