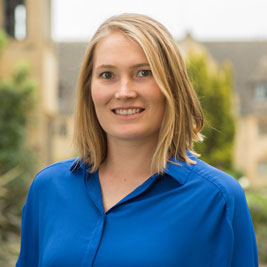 Given that some individuals are concerned about the well-being of others, this paper seeks to give an answer to the question of why these individuals prefer to favor their own social group at the expense of discriminating against members of other social groups in redistributive situations. I develop an argument that builds on the relative cost of redistribution as defined over the variability of individual income over time. Ingroup favoritism is understood as a mechanism targeted at excluding cheaters from the potential group of welfare beneficiaries. Utilizing group belonging as information for the likelihood to cheat, however, comes at another cost of ignoring the well-being of truly deserving individuals from other social groups. The central proposition I make is that group belonging becomes more influential in explaining support for redistributive social policy if the relative cost for redistribution is high, that is, if variability in individual income over time is large. If there is no option to cheat, or, in other words, if there is no option to exploit others for individual welfare, I expect discrimination against members of the outgroup to decline. I employ a laboratory experiment to test the main theoretical mechanisms. In a modified dictator game, I induce minimal social groups and vary the relative cost of redistribution by attaching lotteries to endowments. Endowments are fixed but subject to performance in a real-effort task. In some situations, recipients have an option to cheat by deciding on the difficulty of their real-effort task. Experimental evidence provides mixed support for the argument. In the broader context, the paper is part of a project that targets at understanding the influence of variation in social institutions, and in particular in the structure of social insurance, on preferences for redistribution among high-income earners.