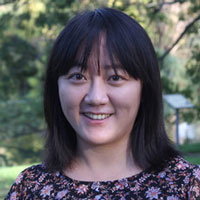 On the Contagion of Rule Violation

(This event will be streamed)

In this project, I experimentally investigate whether and how the influence of social information about rule violating behavior carries over different types of rules, and if so, why. In the laboratory experiment, I plan to exogenously manipulate the information subjects in formal sessions receive, regarding the extent of rule violation when subjects in pilot experimental sessions conduct an experimental task. Similar to the abstract task used in Kimbrrough and Vostroknutov (2018), for the task used in the pilot sessions, while following the rule is materially costly, the rule is set by the experimenter, it is unjustified, and violating the rule does not incur punishment. Then, subjects in the formal sessions will be divided into three treatments: In the Implicit Treatment (IT), the subjects play a dictator game, a dice-tossing task, and a trust game without feedback (with the order of the three tasks counter-balanced). Subjects in the Explicit without Punishment Treatment (EwoPT) conduct the same task as in the pilot sessions, play a public good game with a minimum level of contribution set by the experimenter, and a public good game with a minimum level of contribution set by majority voting (with the order of the three tasks counter-balanced). In the Explicit with Punishment Treatment (EwPT), subjects conduct the same three tasks as in the EwoPT Treatment, except for that now centralized monitoring is introduced in the first two tasks, and private monitoring is introduced in the last task. In all treatments, after each task, subjects will be asked to evaluate the social appropriateness of each choice in the respective task, using a coordination game incentivizing design pioneered by Krupka and Weber (2013).

I conjecture that providing different social information about rule violation will not only have significant treatment effect on behavior in the same task, but also in some other tasks with rules of different features. The behavioral contagion works through shifts in the perceived social norm.