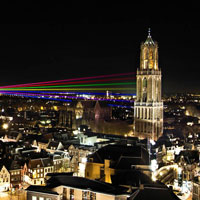 IMEBESS was started as a succession of the International Meeting series on Experimental and Behavioral Economics (IMEBE), and had an inaugural meeting at Nuffield College, University of Oxford in April 2014. Since then the meeting has occurred annually, at the Institute for Advanced Study at Toulouse in 2015, at the Libera Università Internazionale degli Studi Sociali Guido Carli in 2016, at the Universitat de Barcelona in 2017, and at the European University Institute in 2018.

IMEBESS intends to bring together researchers in all areas of the social scienceswho are interested in experimental methods. We believe that behavioural economics is increasingly informed by a very diverse range of research traditions. Hence, we are particularly interested in the participation of all social science disciplines with an interest in experimental and behavioural research, including anthropology, economics, political science, psychology, and sociology.