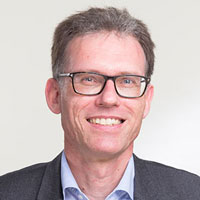 The Transparency of Needs in Networks. Power, Knowledge and Altruism

The presentation takes stock of findings from a series of laboratory experiments on the relevance of justice considerations in distributive decisions in networks. In a three-node network structure with dyadic negotiations about the distribution of an exogenous collective endowment, individuals were assigned heterogeneous thresholds for the allocated share of the endowment that they need to obtain in order to move on to a next stage in the experiment in which subjects can earn additional income. Transparency was operationalized in two ways: as the possibility to articulate individual claims in dyadic negotiations and as information about need thresholds of other players. The experiments show that need levels are an important reference point for the distribution of the endowment and that structural power allows self-regarding players to appropriate a larger share of the endowment and other-regarding players to allocate more to players outside the negotiating dyad. Furthermore, knowledge of others’ need levels raises the probability that needs will be satisfied, although low need levels are an incentive to allocate less. Finally, need levels above parity are less likely to be satisfied. Taken together, the experiments suggest that power, knowledge, and altruism interact in their effect on the recognition of others’ needs.