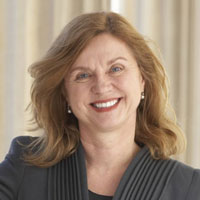 Giving the Future A Chance

Bounded rationality and finite processing capacity make it understandable that homo sapiens focuses attention first on the here and now. But many individual and social problems require increased attention to future costs and benefits, with climate change as the most urgent challenge for decisions that fully and justly weigh the immediate and certain costs and benefits of business-as-usual or greenhouse gas mitigation efforts against their delayed, risky, and often disputed costs and benefits. Psychological theories from prospect theory to hyperbolic discounting and query theory predict that future costs of business-as-usual and future benefits of GHG mitigation efforts will get short thrift in the way such decisions are typically made. I present data for three interventions that focus greater attention on future consequences and thus provide entry points for choices that better balance short-term and long-term goals and objectives. (1) In tradeoffs between immediate and delayed consumption, discounting of future consequences is reduced when choice options with future benefits are made the default and when decision makers are otherwise prompted to consider arguments for such choices first (Weber et al., 2007). (2) Individual and country-level data show that citizens may use perceptions of their country’s age to predict its future continuation, with longer pasts predicting longer futures, and longer futures justifying greater investments into sustainability. Thus framing a country as a long-standing entity can promote pro-environmental behavior (Hershfield, Bang, & Weber, 2014). (3) Finally, individuals’ motivation to leave a positive legacy can be leveraged to increase engagement with climate change and other environmental problems (Zaval, Markowitz & Weber, 2015).