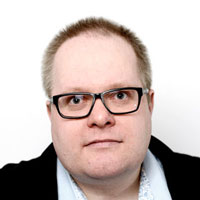 Choice and personal responsibility: What is a morally relevant choice?

(joint with Alexander W. Cappelen, Sebastian Fest, Bertil Tungodden)
The principle that people should be held personally responsible for the consequences of their choices is a fundamental moral ideal in Western societies. We study experimentally how far-reaching this principle is when people consider income inequalities: are individuals held personally responsible for nominal and forced choices, which arguably do not meet minimal conditions for a morally relevant choice (causal responsibility and the presence of an acceptable alternative). The paper offers two main findings. First, we find strong evidence of the minimal conditions being violated. If individuals have made a nominal or forced choice, then third-party spectators are significantly more willing to implement an income inequality than in a situation where individuals have not made any choice. Second, we find a political divide between the right and the left in how to understand the idea of personal responsibility. The introduction of a nominal or forced choice has a very strong effect on the redistributive behavior of right-wing spectators, but no statistically significant effect on left-wing spectators. We argue that these findings shed important light on the present heated political debate on personal responsibility and redistributive policies.