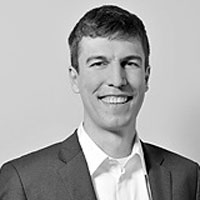 The Dynamics of Motivated Beliefs

Motivated reasoning and self-deception are pervasive in many contexts of economic relevance. A key question is how motivated belief distortions can be sustained in the presence of feedback. In this paper, we report findings from a controlled lab experiment to make three contributions. First, we explore dynamic motivated belief patterns after obtaining feedback and establish that beliefs measured directly after the feedback adjust to both positive and negative feedback. In contrast, when measured 1 month after the feedback, beliefs of individuals that received positive feedback remain upwards adjusted, while beliefs of individuals that obtained negative feedback barely reflect the feedback and essentially return to the level prior to the feedback. Second, investigating the underlying sources of this dynamic pattern, we show that it is driven by the asymmetric recall of feedback. 1 month after receiving the feedback, positive news are recalled with substantially higher accuracy, compared to negative news. Finally, we empirically assess a central trade-off that has been formalized in various models of motivated reasoning, namely between self-servingly biasing beliefs and holding accurate beliefs to optimize decision-making. We exogenously manipulate strategic incentives to hold accurate beliefs by announcing the future belief elicitation task, and show that this attenuates the dynamic belief pattern.