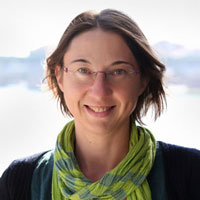 Voting Corrupt Politicians Out of Office? Evidence from an Experiment in Paraguay

Co-Authors: Rumilda Cañete, Josepa Miquel-Florensa (TSE & IAST), Stéphane Straub (TSE & IAST)
This paper challenges the conventional wisdom that giving voters more power – both formally through the use of more ‘open’ electoral systems, and informally through easier access to information about politicians’ wrongdoings – will necessarily result in them voting corrupt politicians out of office. First, focusing on a comparison between closed-list and open-list proportional representation systems, we show theoretically that opening the lists is likely to generate a large shift of vote shares in favor of the traditional, most corrupt parties. Second, we design a survey experiment to test these predictions in Paraguay, and find strong supporting evidence. Last, we do not find in our context that the lack of information about politicians’ wrongdoings is a major obstacle preventing voters to vote out corrupt politicians; if anything, we find that under the more open system, supporters of the incumbent party actually exhibit a ‘preference’ for corrupt politicians.