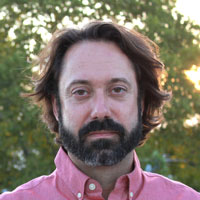 Democracy rests on the idea that the people should govern themselves. In modern democracies, effective self-governance requires people to vote for candidates who share their values and against those who fail to live up to their expectations. Are voters up to this task? Decades of research suggests that people are blinded by their partisan attachments, making them more interested in rooting for their party than in holding elected officials accountable. We address this question by constructing the Intuitionist Model of Political Reasoning, which incorporates advances about the workings of the human mind made by cognitive sciences. Contrary to canonical models of political reasoning that treat reasoning as an entirely conscious act, this model recognizes that people’s decisions are guided by unconsciously formed intuitions. In politics, people’s intuitive response is to root for their partisan team. When this intuitive response leads people astray – such as when their party leaders make bad decisions – democratic theory requires that they reflect on their intuitive response and vote against their party. It turns out that people vary in their willingness to be reflective and, as a result, in their ability to live up to the demands of self-governance.