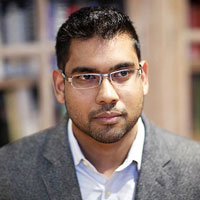 Corruption, Competition and Scales of Cooperation: Corruption is Rooted in Our Relationships

Cultural evolution and the science of cooperation suggest that corruption can be conceptualized as competing scales of cooperation. For example, when a leader gives his daughter a government contract, it’s nepotism. But it’s also cooperation at the level of the family, well explained by inclusive fitness, undermining cooperation at the level of the state. When a manager gives her friend a job, it’s cronyism. But it’s also cooperation at the level of friends, well explained by reciprocal altruism, undermining the meritocracy. Bribery is a cooperative act between two people, and so on. Part of the problem is that these smaller scales of cooperation are easier to sustain and explain than the kind of large-scale anonymous cooperation that we in the Western world have grown accustomed to. However, this approach offers a host of existing tools for rethinking corruption, the effectiveness of anti-corruption strategies, and historical and cross-cultural differences in corruption and its correlates. I’ll discuss recent tests of these ideas (Muthukrishna, Francois, Pourahmadi & Henrich, 2017; Nature Human Behaviour) and some work in progress.