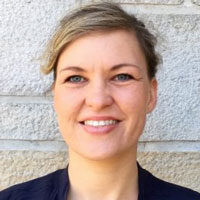 Joint event with Oxford's Department of Politics and International Relations

Political Oversight of the Bureaucracy: Implications for Democratization in Hybrid Regimes

Recognizing that poor governance hinders human and economic development, a growing literature studies accountability of politicians to voters. This talk instead considers accountability relationships within governments—the ability of politicians to implement policies by holding bureaucrats responsible for their actions, and the implications for (i) electoral accountability and (ii) service provision. The first part of the talk introduces a new explanation for why citizens may fail to vote based on government performance. When politicians have limited capacity to control bureaucrats, citizens will not know whether government performance is a good signal of the incumbent’s performance. I present evidence from survey experiments conducted with nearly 9,000 citizens and local officials in Uganda, finding that citizens and officials allocate more responsibility to politicians when they are perceived as having more power than bureaucrats. The allocation of responsibility has electoral consequences: when respondents believe that bureaucrats are responsible for performance, they are less likely to expect that government performance will affect the incumbent’s vote share. In other words, if bureaucrats are perceived as more powerful, politicians are ‘off the hook’. The second part of the talk examines the effects of an exogenous increase in politicians’ capacity to oversee the bureaucracy. In collaboration with the Ugandan government, I conducted a field experiment involving 2,800 officials across 260 local governments. The objective of the intervention was to empower local politicians to exercise closer oversight over the bureaucracy through training and the dissemination of financial information. The intervention increases local politicians’ monitoring effort and user satisfaction with local government projects, but only in areas where the political leadership is not aligned with the central government. In areas that are under ruling-party control, politicians fear uncovering mismanagement of funds. In contrast to scholars arguing that insulating bureaucrats allows them to do their jobs more effectively, these findings imply that too strong a bureaucracy can hamper political accountability.