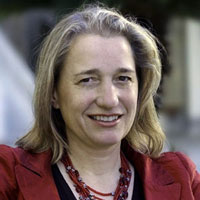 The Keynesian Beauty Contest: An Economic System, the Mind, and the Brain

(with Felix Mauersberger, University of Bonn, and Christoph Buehren, University of Kassel)
We discuss three different aspects within the framework of the Keynesian Beauty Contest, which in its original form consists of the following simple rule: subjects choose from a close interval, say, 0 to 100 with the target to be closest to p times the average of all chosen number, with e.g., p=2/3 and a fixed payoff for the winner(s). In the first part, we present several recent experiments, run in the classroom with undergraduates and conference participants. We show that little changes of the rules (e.g. all numbers can be chosen) can produce no change in equilibrium, but substantial changes in behavior; or the other way round, no changes in behavior, but theoretical property changes (e.g. when we introduce “distance” payoffs instead of fixed payoffs). The so-called level-k or cognitive hierarchy model can account for many of those discrepancies. In the second part we present a generalized Beauty contest formulation, a best response function with which many micro and macro models can be classified. Adding brain experiments leads us to the third part, in which we present a three level “model” with the economic system, mind, and brain. This triangle system has an astonishing resemblance of Hegel’s system, logic, spirit, nature, of course without transcendence. The third part is an attempt to reconnect economics with philosophy or theory of religion. It is an experiment in which we might fail to convince the audience.