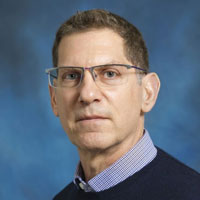 Where Terror Lies: Social Desirability Bias and Violent Extremism in the Sahel

Researchers have commonly treated social desirability biases in survey questions as a measurement or statistical nuisance rather than a phenomenon of substantive importance. This study departs from that approach and envisages bias in support for violent extremism – both under- and over-reporting – as a phenomenon with important implications for how terrorist violence unfolds. Using data from over 5,000 respondents in 34 communes in Burkina Faso, Chad, and Niger collected just prior to and just after a recent wave of terrorist attacks, we find that communes where individuals under-report their true support for violent extremism have a greater probability of experiencing subsequent Islamist attacks, controlling for socio-demographic characteristics of the commune, country-level proximity effects, and other time-varying factors. Moreover, a commune’s experience of an attack then results in lower levels of under-reporting of extremist support in subsequent surveys, relative to communes that did not experience attacks.