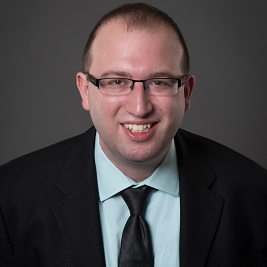 Noah became the Assistant CESS/Lab Director in June 2021. He began as Postdoctoral Research Fellow with CESS in August 2019. His primary duties include meeting with fellows about CESS initiatives, increasing CESS’s global profile, managing CESS’s ethics review process, organizing CESS’s speaker series, and assisting researchers working with CESS on their experiments. Prior to this post, he received his BA (honors) from Colgate University in 2013 and his PhD from Texas A&M University in 2019. Noah specializes in experimental and behavioural economics with a focus on the importance of identity in forming behaviour. He uses experimental methods to study how these behavioural differences manifest and contribute to disparity in economic outcomes across social groups. His current research contributes to our understanding of in-group bias in trust, the effect of social norms, and the relevance of multiple identities in decision making. He is currently working on acquiring funding for the pilot phase of a Preferences Panel and preparing to run a laboratory experiment studying the role of entitlement in encouraging oppressive behaviour during the upcoming term.

The gender gap in earnings and representation in leadership positions continues to vex economists. Recent research points to the potential importance of gender differences in the allocation of low-promotability tasks in the workplace: women are more likely to volunteer and more likely to be asked to take responsibility for these tasks, and this lowers their rates of promotion (Babcock et al. 2017). We examine one potential solution for this problem.  We introduce two types of decision makers – low-cost and high-cost – that can be thought of as an explicit recognition of the inherent differences in costs of performing the tasks. When the cost of performing the task is private, we find that the gender gap in volunteering is low among low-cost individuals, while among high-cost individuals, the gender gap is even larger than in the original study. When information about the cost of task completion becomes public, we find that low-cost individuals are much more likely to volunteer, and indeed, low-cost men volunteer at a higher rate than women. In the final treatment, we look at the demand side of task completion by asking subjects to request other subjects to volunteer in the presence of asymmetric costs. Here the gender gap disappears: we find no gender gap in requests received or overall volunteering. Our results suggest that gender may serve as a focal point for determining who “should” volunteer in the absence of other relevant information. Commonly-known relevant information can disrupt the gender norm.  Beyond this, our work suggests that the harmful effects of asymmetries in low-promotable task completion may be alleviated by providing more information about individual differences in the costs of doing so, or by explicitly introducing incentives to perform the tasks.

Experimental Economists have documented that equally competent women tend to avoid competition relative to their male counterparts in a number of circumstances. We seek to deepen our understanding of what drives this gender gap. To do so, we measure the competitive preferences of men and women in two populations: black and Hispanic students. Although there are no discernible differences in performance, we find that Hispanic men are twice as likely as Hispanic women to opt for a competitive payment scheme.  However, we find no gender gap in competitiveness among black students. Though differences in confidence and risk aversion partially explain our results, neither can fully explain the observed difference across populations. This unexplained difference suggests that cultural norms are an important factor in the formation of competitive preferences. Beyond this, our work highlights the benefit of experiments using understudied populations and the importance of considering the interaction among multiple identities in understanding heterogeneity in preferences.

Trust and Betrayal: An Investigation into the Influence of Identity

Previous work has found individuals prefer to enter trusting relationships with individuals with shared identity, and tend to exhibit higher degrees of trust in these relationships. Our paper seeks to understand what may explain this result. We exploit random assignment to real social identities to obtain unconfounded measures of in-group bias in trust. Combined with the design first introduced by Bohnet and Zeckhauser (2004), we investigate how shared identity influences the decision to enter a trusting relationship. The treatments vary how the outcome of a trusting decision is determined, either by another participant or by a computer, as well as whether another participant receives payment from the decision. Our treatments allow us to independently identify how shared identity influences concerns over relative earnings, and the desire to avoid a potential betrayal in the form of having trust not reciprocated. We find that our participants have little concern over relative inequality in outcomes but that participants are significantly less likely to risk a betrayal when the betrayal comes from the out-group. Our results imply that the potential for betrayal drives the presence of in-group bias in trust rather than identity-dependent preferences over relative earnings.

Noah’s teaching focuses on experimental design and implementation. He has co-taught a number of directed studies courses which involved developing research projects of publishable quality with small groups of undergraduate students. In the spring of 2019, he led a workshop focused on teaching other PhD students how to program experiments in Ztree (Fischbacher, 2007).