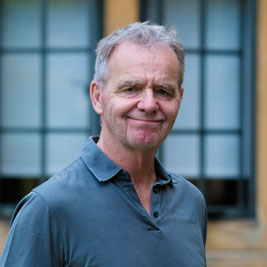 Director of CESS and Official Fellow at Nuffield College

Ray has published extensively, including an award-winning book (The Economic Vote) on how economic outcomes affect democratic accountability. His work has appeared in forty leading journals in political science and economics.

His current research broadly speaking focuses on the micro-foundations of choice architecture and mechanism design.  Specifically, his experimental studies help us understand how choices are shaped, in the political realm for example, by particular institutional mechanism and in the policy arena by choice architecture.   A recent focus is social media and experiments.  He is currently directing large-scale “Digital Trace” projects that examine how to collect and analyse the digital trace of the growing global population of internet users and incorporate these in our experimental studies of behaviour, broadly defined: financial decisions, political behaviour, health-related choices, among others. Digital Trace Random Control Trials are currently being conducted in Chile, the U.S. and India.   Unethical behaviour is a theme of many of Ray’s recent projects at Nuffield CESS including recent Random Control Trials in Nepal, Myanmar, Chile and Ghana that study the micro-foundations of unethical behaviour in the public sector. The effect of online misinformation, particularly with respect to financial and health issues, represents another recent research focus.  Ray explores these research questions with innovative experimental methods applied in labs, with diverse online subject pools, and as part of large-scale field experiments. Recent publications related to these projects include: “Measuring Public Opinion via Digital Footprints,” International Journal of Forecasting 2020; and “Multi-Modes for Detecting Experimental Measurement Error” Political Analysis 2019.

Ray’s research focuses on responsibility attribution, incorporating elements of theory, experiments and analysis of public opinion. In 2008 he published an award-winning book, The Economic Vote, which demonstrates that citizens hold political parties accountable for economic outcomes. His experiments have identified the information shortcuts that individuals deploy for responsibility attribution. More recently, he has conducted experimental research into cheating, exploring its implications for tax compliance, corruption and economic performance.

Cheating and lying is more likely to be observed amongst successful, high ability, individuals in the population.  Ray makes this claim based on findings from over 40 experiments he has been conducting in labs, labs-in-the-field and online experiments in the U.K., the U.S., Chile, and Russia.  The on-going project aims to understand who cheats and in what circumstances.  Results from these experiments are being used to design policies aimed at managing dishonest behaviour in the public and private sectors. These experiments are being conducted with colleagues at CESS Santiago (Laroze and Klinowski), University of Maastricht (Jiao) and the Moscow Higher School of Economics (Zakharov).  There are currently three working papers reporting initial results from these experiments.

Another “cheating” challenge concerns the growing prevalence of falsified information, or “alternative facts,’’ that the average individuals must now navigate when they consume information from various sources.  Ray has helped UK financial regulatory authorities, including the FCA and the FSCS, identify strategies for improving how average individuals consume financial information.   With funding from the Fell Fund, Ray along with colleagues from Nuffield CESS (Ehret) and CESS Santiago (Laroze) are conducting online experiments along with large scale social media experiments (on Reddit in particular) designed to help us identify (and understand the underlying mechanism) 1) falsified information that resonate most strongly with the population; 2) optimal strategies for identifying falsified information; 3) information frames that generally resonate most positively and persuasively with the general population.  Our initial focus is particularly on the financial realm but ultimately we expect to explore similar themes in other areas such as politics.

Policy decisions in both the public and private spheres often result from collective deliberation and choice.   Over the past decade Ray has published extensively on this theme – identifying the specific heuristics that individuals (voters, shareholders, investors, etc.) deploy in order to hold individual decision makers responsible for their choices.   His most recent work builds on large numbers of public opinion surveys but also on experiments conducted in the lab and online.   His findings suggest that scholars have exaggerated the importance of pivotality in explaining collective decision-making.  Proposal, or agenda setting, power represents a more important responsibility attribution heuristic when individuals observe outcomes resulting from a collective decision making body.  The most recent work has generated four working papers with colleagues from University of Barcelona (Falco-Gimeno), NYU (Landa), Science Po (Le Bihan) and Nuffield CESS (Ehret).

The preeminent challenge facing contemporary experimental social science is robustness.  An increasing number of studies published in leading scientific journals document the fragility of results – results that cannot be replicated.  Nuffield CESS and its centers located throughout the world are dedicated to address this challenge.  In addition Ray is working with colleagues at CESS Santiago (Laroze), Duke University (Beramendi) and Vienna University of Economics (Plumper) to 1) identify the sources for this fragility of results; 2) recommend design strategies that improve the robustness of estimated treatment effects; and 3) develop estimation strategies that both highlight these robustness issues or/and help to address them.  There is currently one working paper associated with this project.

Where will the British Go? And Why? (with Denise Laroze, Constantin Reinprecht, Thomas Robinson), Social Science Quarterly (forthcoming).

Ethnocentrism versus Group-speciﬁc Stereo-typing in Immigration Opinion: Cross-National Evidence on the Distinctiveness of Immigrant Groups (with Tobias B.Konitzer et al). Journal of Ethnic and Migration Studies (2018).

Ray’s teaching focuses on experimental methods and recently he has taught courses on this topic in the University of Oxford’s Department of Politics and International Relations, in the CESS centres in Oxford and Santiago, at the University of Santiago Business School, the University of Toronto Munk School, Pompeu Fabra University Barcelona, and at the Oxford/Essex Summer School.  He also conducts workshops on evidence-based experimental methods for policy making in both the private and governmental sector. Recent workshops have been conducted for the UK Department of Business Innovation and Skills and the Chilean Ministry of Education.